WHAT WE HIDE: THE DISAPPEARING BOOK, THE NEXT BOOK 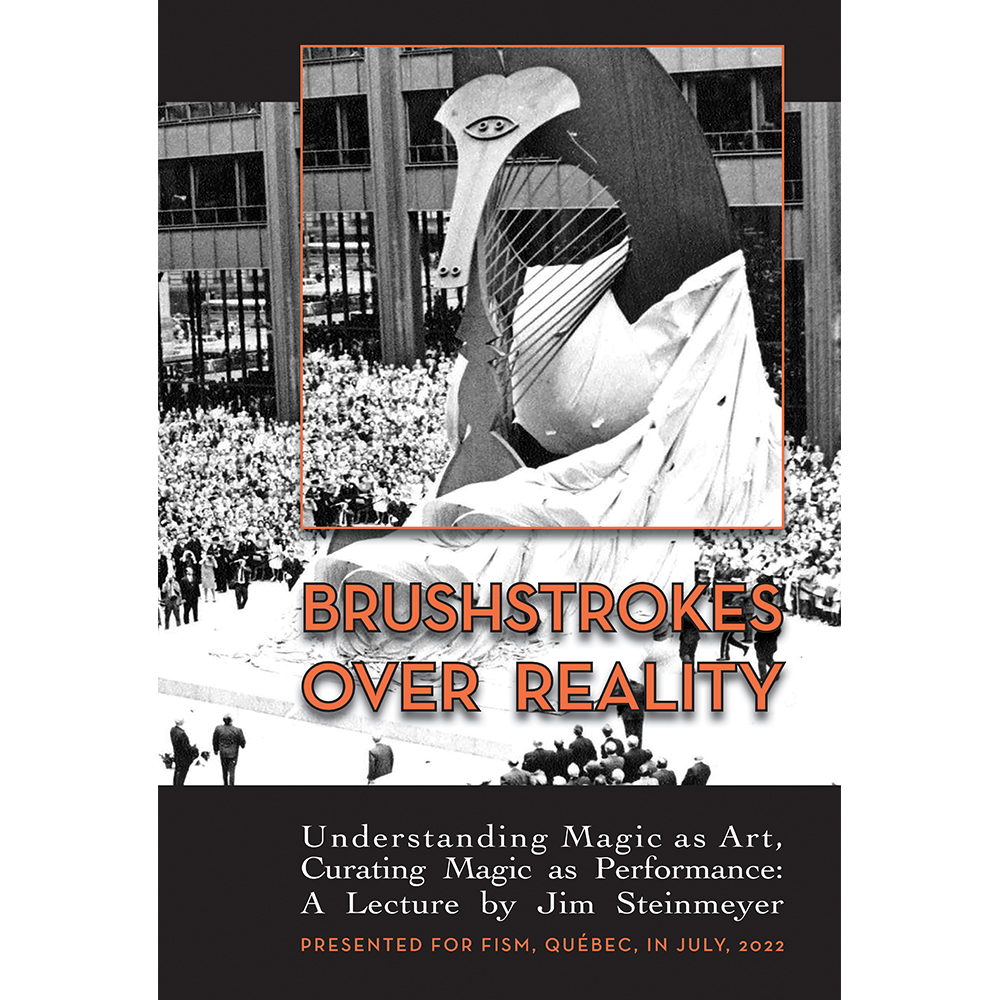 THE RECENT BOOK, THAT DOESN’T EXIST

In the June 2021 special issue of VANISH Magazine, Paul Rohmany included an interview with me about a project that I was just completing. It was a published, hardbound book on stage illusions and stage magic that I’d been putting together over the last year. The process of marketing those books involves selling books to magicians, in general, so that the book finds its way to the small group of magicians, five or ten, who are really in a position to use that material.

Here’s the interesting part. I realized that I wanted to do this differently. I wanted to create a truly secret book.

As the VANISH article explained:

Jim said, “So, as much as I wanted to gather together a lot of the material I’d been working on for the last year, I also couldn’t figure out the formula for the book, how to thread the needle for magicians, in general, and illusionists who were doubtful about new material.”

Listening to his plan, I suggest that the ideal solution is an arcana, an actual book of hidden secrets. “It really is an arcana! A modern arcana!” Steinmeyer says. “One day I just realized that I’d been thinking about the book all wrong. We’re magicians! Of course we know how to deal with secret material, how we share secrets and how we protect secrets.

“So, I just imagined my ideal book. I’d write it exactly the way I wanted to write it, with only the ideas that I thought should be important. And then, I’d get it to just the people who could use it.” There was something liberating about matching the material to a short list of readers. “As soon as I realized that I didn’t need to sell the book, that I could be satisfied with just a few readers, I knew that I had the perfect solution.” For the last few months, Steinmeyer has been writing a book of exclusive material, and tailoring it for a list of eight people. “It isn’t as simple as giving it to my friends, or giving it to professional illusionists. There’s just a small group who will appreciate it in theoretical ways, as inspirations, and also understand it in practical ways, as workable material. Since I now know those people, I could tailor the material to their interests and needs.”

I suppose it was a little more complicated than that, so let me explain. I’ve become convinced that stage magic needed to think about some very different approaches, different constructions for the routines, with deliberately different feelings and formulas for methods. At the same time, many of messages I’d been getting from my associates were that they were far too frustrated by the business to consider new approaches. That’s the easiest way to say it. That was the dichotomy that made this so difficult.

The book was published later in 2021, shortly after the VANISH article. It didn’t just go to friends, or clients (who have heard my ideas over the years as we discuss projects), nor did it go to strangers. Instead, I was able to pick the readers carefully. For me, the final book was the perfect (perfectly strange) project for the perfect (perfectly strange) time. It successfully managed to give me an unusual, narrow creative path through the recent wilderness. It didn’t have to be written for collectors, or theorists, or amateurs, or people who don’t need it. Yes, on a certain level, that was liberating. And the discussions I’ve had about the material have been rewarding.

So, after nearly a year of fielding questions about it, there’s nothing more to say about the missing book of secrets: the eight books were given to eight performers, and now they are gone. The VANISH article was my account of an interesting, mysterious, and strangely noble project in magic. As the missing Steinmeyer book, it came and went very quickly. But here’s the point: the material isn’t gone. It will have its opportunity to create an impact in the market. In its own mysterious way, that impact will be realized by audiences.

I only occasionally lecture for magicians, and my rule has always been to combine some thinking about magic, some attempt at understanding of what we do, with some examples of effects. It was a formula from years ago, when I worked for Walt Disney Imagineering; one of our consultants said it this way: “An ounce of information, a ton of treat, and you reach the teachable moment.” I suppose that the proportions are debatable, but it always makes sense to be able to inspire on a couple of levels at the same time.

This lecture came about in an interesting way. Here’s an excerpt from the notes:

Is magic an art? My friend Marty Demarest, an ingenious researcher in this area, told me that he was surprised by the response when he asked that question to magicians. Almost none could answer, but hemmed and hawed about how it sometimes could be artistic. “I understand if members of the public don’t really know what to say,” Marty told me with some confusion. “But shouldn’t all magicians be able to answer that question easily?”

Well, yes, they should. Here’s the easy answer. It’s an art. Absolutely. Positively. It’s a performing art, and the process of planning it and creating it is also an art, the same way that writing a play, or designing the scenery, are both examples of art.

Magicians often explain that it should be an art, but many examples come up short. A popular magician recently explained, “For magic to be an art, a magician has to make you feel an intense emotion… evidence of a narrative… [so that] we are reflective about what we’ve just watched.” But this is an odd way of avoiding an answer, the same way that someone might be asked, “Is trumpet playing an art?” and then answer, “I’ve heard trumpeters that weren’t very good.” That may be true, but trumpet playing is an art.

Very often, these sorts of arguments are, at best, interesting. Sometimes, they look futile. I know that they can frustrate magicians, who are just trying to assemble a good show, appeal to an audience, and get it in the marketplace. It often ends up tip toeing around the subject, trying to feel important.

The lecture is called Brushstrokes Over Reality. I think that an honest assessment is worth the trouble. Instead of sneaking up on tip-toe, I hope to just address the subject, directly. The results ar surprising. It’s not a long essay, but I think that it offers surprisingly relevant, surprisingly relatable observations. Recent fashions about what magicians are doing, what they’re trying to do, what they’re failing to do, circles the question. What makes this deeper than a mere performance or a demonstration? What allows an audience to feel that something is important, or deep, or worth revisiting ? What are the elements of a performance that change the way that an audience perceives it? No, it’s not a futile subject. I think that magicians will be surprised to read about what they’re actually doing, and what magicians have been doing for centuries.

I’ve combined it with six examples of new effects. (A few are variations on previous effects that have been published.) I don’t pretend that these are examples of any special kind of art, but I do feel that they are relatable and interesting. It’s worth considering the elements of these effects, like all effects, that allows us to focus on a performing art.

Brushstrokes Over Reality has been an unusual lecture for me, but I’m trusting that my mix of “information” and “treat” will be interesting. You’ll find the notes on this site, in the section of books.