WHAT WE HIDE: THE BRILLIANT ILLUSION THAT DISAPPEARED 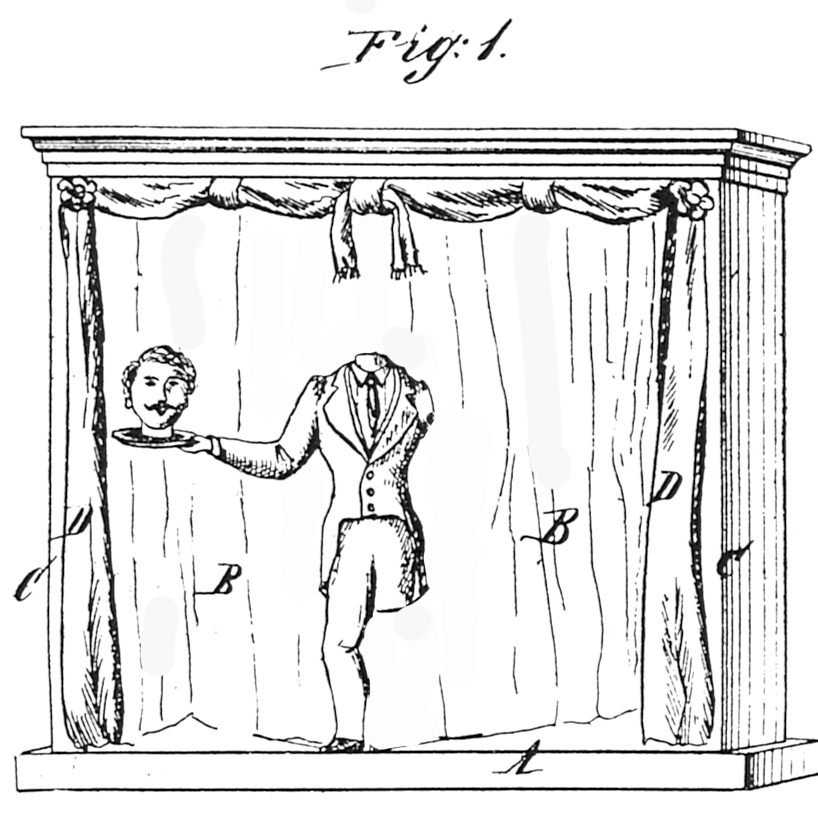 The incredible Professor Thomas William Tobin deserves to take his place in the pantheon of great magician inventors, alongside John Nevil Maskelyne, David Devant, Servais LeRoy, Charles Morritt, Guy Jarrett and many more. Except… Tobin invented the secrets that all the rest of those magicians used in their signature illusions throughout their careers. I suppose you could say that he was the man who invented how other magicians invented their tricks.

Take a look at a modern recreation, a new retelling, of a lost Tobin illusion. Gone, and almost forgotten, but we experimented with the principle, discovered the necessary secrets, and gave it a new setting for the 2005 Conference on Magic History. Neil Patrick Harris and Jonathan Levit were the talented actors (and magicians) in this slightly disturbing sideshow feature. It’s called Palingenesia. I worked on the recreated design of the apparatus and provided the script. Craig Dickens built the illusion.

Palingenesia was an incredible development in the optical principles that were Tobin’s specialties. It was one of his last creations for magic. Unfortunately, it became a different illusion when it was seen in London, and the principle was made obsolete just a few years later, when other magic inventions came to the forefront. Tobin was the man who worked with Professor Pepper at the Polytechnic Institute in London; he invented and patented the original magic cabinet, Proteus, which allowed someone to appear or disappear in the center of a stage. He later invented the famous “head on a table” optical illusion, the Sphinx, which galvanized London audiences when it was presented by Colonel Stodare in 1865.

But Palingenesia is just part of his story. This astonishing magician appeared to follow the formula for his magic cabinet… and just disappeared. One of the reasons he never received credit or accolades was that he was gone—literally nowhere to be found—before magicians even realized it. That’s the next chapter in this blog. You’ll be surprised to find out where Palingenesia ended up being performed, and what happened to Thomas Tobin.

After over 125 years of historical mystery and magical mystery, you’ll have a chance to finally meet him.