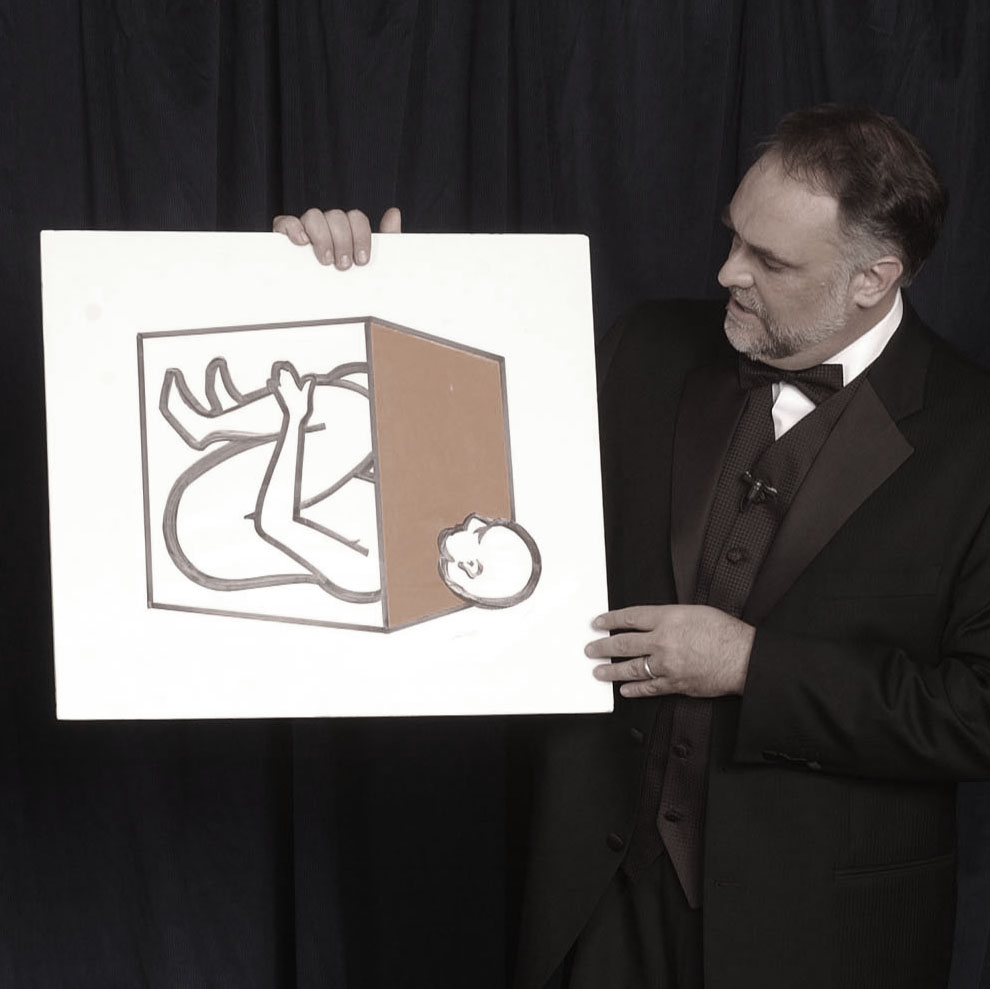 Let me close this subject with a simple observation: “What Jarrett is about.”

My late friend, the great historian and collector John McKinven surprised magic collectors in the 1970s by including Jarrett Magic on his short list of “desert island books,” one of those few magic volumes which he considered essential, and worth re-reading, if he could only choose to own a short stack of books. His fellow collectors were surprised. A 106-page book, badly printed and full of confusing sentences and half-bungled explanations? Wouldn’t you choose Greater Magic or Modern Magic or Expert at the Card Table, or one of the neatly literate, packed-with-information magic books that celebrate the art? Even if you’re going to pick a book about illusions, why not give that honor to one of Goldston’s expensive locked volumes?

I won’t presume to answer for John, but I think I came to understand his sensibilities. I have read and re-read Jarrett many times, and I think I have some observations about what Jarrett is really about.

One of the great tragedies of magic is that there is no discernment. There is no perspective. Goldston’s books are filled with great illusions and stupid illusions, right next to each other, without the slightest evidence that the author could tell the difference, or even cared about telling the difference.

No other art is like that. People get passionate about those subjects; they argue about what’s right and wrong, and they enjoy the debate because they learn from the debate. There are an astonishing number of books on stage magic that, I’ve joked, leave the reader dumber than they were before they opened the cover. Rather than giving you knowledge, they leave you with greater misunderstanding. One of those books, for example, is Robert Olsen’s book on Edmund Spreer, Illusion Builder to Fu Manchu. Olsen was a sincere author who was passionate about historical subjects, but his misunderstanding of illusions and level of speculation was matched only by his careless arrogance. That’s a bad book.

Greater Magic, a magnificent compendium of magic, had the notoriously worst section on illusions that you could imagine. The emphasis was completely misplaced and haphazard. There are methods that are completely wrong, and won’t work. There is no discernment about good secrets, important secrets, and poor secrets. It was famously assembled, under duress, by Jean Hugard. It’s a celebration of what’s wrong with those sorts of books. If you learned about illusions from Greater Magic, you ended up dumber than when you started.

A few years ago, someone sent me a book that they wanted published; it consisted of a collection of illusion principles, organized to provide a sort of encyclopedia of secrets. I pointed out to the author that there was no purpose for this book. Again, there were ridiculous secrets next to important secrets. A lot of stage magic books have been written with exactly this formula, sweeping up effects from magazines, pasting them together between two covers, and letting the readers fend for themselves.

I sometimes imagine this process as producing a book called, “How You Can Write Like Shakespeare.” When you buy the book, you find that it’s a dictionary with a newly printed dust jacket. “The words are all there,” the author tells you on the back cover. “Those are exactly the words he used. Just pick them out and put them together, the way he did it.”

Why do I single out illusions for this criticism? Aren’t there careless books on card magic? Of course there are, but the stakes are different. A good card trick, or a bad card trick, is exactly four or five minutes away. The purpose of those books are to efficiently describe the material so that readers can try it out. The magician can come to a verdict. The field of stage magic should be based on information and judgment from people who were there to make those judgements, and observe the results.

A lot of magic is based on the audience “coming up short.” As magicians, we  have an idealistic, naive belief that an audience is fooled because they are incapable of “getting there.” They can’t imagine that a card can be pushed out of a deck with a thread, rather than being pulled out of a deck. They can’t imagine that a silk handkerchief can be stuffed into a hollow thumb, or that a person can actually fit inside a hollow table.

It’s a game of hide-and-go-seek, and we imagine that we will win not by being clever, but by just outrunning everyone else.

But, occasionally, someone says, “No, that’s not really how it works.” That was the message that Jarrett delivered. Audiences don’t come up short. They have to be actively fooled with something clever, something that captivates their interest and is worth their time and attention. Rather than outrunning them, you have to run to them, embrace their intelligence, and actively work with the audience to create a mystery.

Yes, if I write it that way, it seems la-de-da artistic. But it’s really the only way to feel about magic and your audience. Who wants to be associated with an art, even as an avocation, if you can’t feel that level of pride? Jarrett made a lot of sarcastic remarks in his book, but when he called his audience “the great intelligent public,” he wasn’t kidding. That’s how he thought of them. That’s what he’d seen from Broadway audiences. He didn’t advocate for overly artistic or remotely theatrical presentations. He loved giving the audience hokum, and he understood that there was an admirable art to hokum, as well.

Even more amazing, he was actually discerning about illusions. He called some of the illusions in Goldston’s books “horse shit.” And you know what? Many of us had been reading Goldston, and were confused because they sort of sounded like horse shit. But they were revered and idealized in those preposterous books with locks on them. Jarrett thought Thayer illusions were stupid. And some of us had thought that some Thayer illusions looked stupid. You can’t just pile up different colors of moulding on the edge of a table and hope that the table “disappears.” Jarrett said what we were thinking. He also said things we didn’t want to admit. But he demonstrated how honest judgments were important in magic.

I happened to first read Jarrett just after high school, at a time when I was ready to read something iconoclastic. Fortunately, I had been given an efficient education in illusions, working with Chicago area magicians Jim Royal and Bob Higa. That combination of working “hands on” with illusions, and reading radically different thoughts about their purpose, was inspiring. When something is deliberately iconoclastic, you learn that you can disagree. Jarrett managed to teach me about honesty, about the shortcomings of magicians, and the biases of our profession. He taught me about developing an understanding. But most importantly, he taught me to respect audiences enough to really work hard to fool them.

And one more lesson. Rules are made to be broken. Jarrett’s presentation for his Sawing involved showing a drawing of the traditional “legs up” position in the old-fashioned 1921 Sawing tricks, then pointing out the impossibility of doing it with his own tiny box. That’s how I did it when I recreated his effect in 2001—performing it for the first time since 1939. Was that crazy? Sure it was. (But only by degree: Thurston himself used to stop during his Sawing in Half routine and discuss the possibility of using fake feet in the box, then emphasize how the spectators onstage would confirm that was impossible.) Jarrett planted his feet firmly in the world of magic—confident that he understood the principles better than most of his contemporaries—and chipped away at the rules, making the maximum impact. His attitudes still manage to inspire, and still bother magicians today.

Maybe that’s what’s so amazing. That’s what Jarrett is about.