WHAT WE HIDE: LESSONS FROM DOUG HENNING 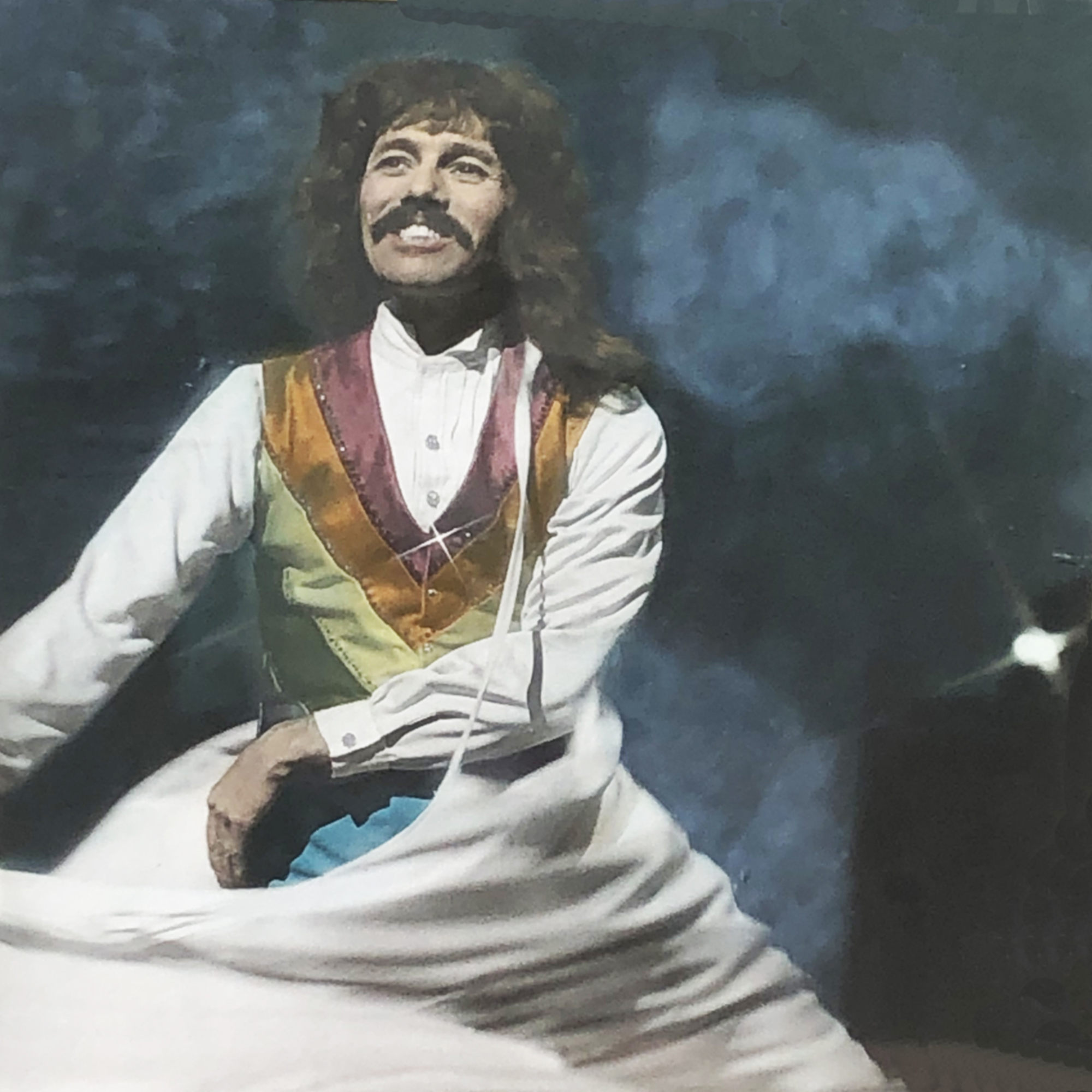 May 3, 2022 will mark the 75th anniversary of Doug Henning’s birth. He would have been a great old man, although I’m not quite sure that Doug, at 75, would have given the impression of an “old man.” More than likely, he would have just started to achieve that “grey hair, thoughtful, wizened master” appearance that would have bestowed a new, even more respectable status. I think about him in the Broadway musical, “Merlin,” when he played young Merlin, learning his craft. At the top and the tail of the show, we met Merlin in the guise of the actor George Lee Andrews, who wasn’t much older than Doug, but who had been given plenty of make-up, and was able to give Old Merlin a comically slow-moving gait as he wobbled across the stage, welcoming us to the story. Part of the magic, of course, was the transformation of George into Doug. And part of the appeal, of course, was that Doug Henning——who half-skipped and half walked, who gestured innocently and mysteriously at the same time, who instinctively pitched his voice to emphasize every Canadian soft vowel as a bit of genuine wonder——simply was not an old wizard.

In fact, when he first appeared in “The Magic Show” in 1974, he was neither an old wizard, nor the sophisticated master of the public’s “magician” fantasies. He was young, he was smart, he was fresh, and he didn’t indulge in the hoary “mysterioso” tropes of the previous generations. It made a huge impact, and it was perfect for the time. As always, the public will actually love magic, but learns to hate the silly trappings and affectations of magic presentations. That phenomenon might be translated to: “I’m in on it just enough to know that you’re not in on it.”

That’s what made Doug so inspiring. No one-upmanship. No role playing. None of the unspoken, tedious rules of a magic show, that slowly start to unspool and trap an audience after the “poof” of the first flash pot. Could there be an honest magic show?  It’s an interesting question to debate, but I think that all of us, of a certain age, began to think about that question when Doug Henning bounded onto the stage.

1) HONESTY CREATES THE FANTASY: It was Doug’s inherent honesty, his way of relating to his audience, that made the fantasy take form. His presentation was to say, basically, “Follow me,” and that only worked because the audience was willing to follow him, knowing that they would be in good hands. Magicians tend to emphasize the “deception” in their art, the elements that allow them to be dishonest. But the real art is in the truth-telling, the elements which allow the audience to be comfortable, and the elements which allow the performer to shine in a genuine way.

2) DIFFICULT CREATES THE BEAUTIFUL: As Doug used to explain the process of learning magic, “The difficult must become habit, the habit must become easy; the easy must become beautiful. That’s when it looks like magic.”  Part of the process, of course, was to deny the difficulty by instinctively moving past it. He wasn’t afraid of hard work, or to committing the people around him to hard work. Once he committed to a good idea, he didn’t often settle for the easy solution. but we knew that he envisioned the beautiful results.

3) PERSONALITY CREATES THE MAGIC: In his review of “Merlin,” Frank Rich of The New York Times wrote, “Doug Henning believes in his magic and makes us true believers, too. He is beyond compare as an illusionist.” There are illusions, very good illusions, that have been performed by Doug Henning, David Copperfield, Siegfried and Roy and other popular magicians; in the hands to each of these magicians they created distinctly different, magical effects. It’s the personality of the performer who suggests and interprets the magic for the audience; it is the personality that defines it. Doug’s presentation was, basically, “Follow me,” and audiences were ready to follow him.

4) INTELLIGENCE CREATES THE EMOTION: It’s surprising, but it’s true. Doug used to explain the experience as being a child, looking up at the night sky and realizing that the stars go on forever. There’s a point where your mind understands that concept, and then gives up, surrendering to the wonder of the situation. Wonder is an emotion. It’s not necessarily what makes us cry, or scream, or run in fear, but it is often the doorway to other emotions. Curiously, wonder can be experienced as the result of an intellectual exercise, encountering something that is especially surprising, or amazing, or magical, so that we feel ready to surrender or “give  up.”

5) RESPECT CREATES ORIGINALITY: When I joined the company, I quickly learned that thinking in an original way was not the result  of secluding yourself or ignoring previous ideas. The process involved respecting, understanding and interpreting the work that was done before. We all felt a need to align ourselves as part of a continuum of invention and creation. Doug set this standard when he studied magic with Dai Vernon, worked with Charles Reynolds (a historical writer, of course, as well as a talented consultant), John McKinven, John Gaughan, and many others. The entire company learned to think that way.

6) CHANGE CREATES OPPORTUNITY: Magic was doing fine, with a neat “tick, tick” of the pendulum of different styles. When Doug appeared, he gave the pendulum a big push, and everyone was surprised to see just how far that pendulum could swing. With his success, it gave everyone an opportunity to continue to develop distinct styles. David Copperfield wasn’t successful because he followed Doug Henning’s examples, he was successful because he did something completely different, something very creative, that established another wide swing of the pendulum. Those were great, creative times for magic because the audience’s expectations had been expanded with the pendulum’s swing.

7) TRUST CREATES SUPPORT: There were lots of lessons that I learned working for him. Doug was a pretty good boss. He awarded the people around him with trust and we, in turn, awarded him with loyalty and hard work. We felt that he depended upon us, and we wouldn’t let him down. I wish that everyone could have appreciated the smooth operation of that illusion show, the secrets, behind the curtain, that were responsible for the amazing magic on stage. It was about everyone working together, not because they were paid but because they felt that they were essential. I benefitted from Doug’s trust, and have come to understand how important that was to all of us.

Doug has since been parodied for his wide-eyed presentations, with his fingers spread as he evoked “WHUN-der!” Actually, those unexpected, child-like expressions of surprise were not his most distinctive traits, but they were memorable because they were genuine; that was exactly who he was. Since Doug’s death, books and websites have sought to portray him as a magician who became suffused with magical thinking, because of his devotion to Trancendental Meditation, which ultimately caused him to retire from magic. It sounds clever and it’s a neat twist on a story, tailor made for a “last chapter” or a social media post. It’s not true. It’s much more complicated, much more interesting than that. Doug’s interest in TM was a part of his personality. It’s impossible to analyze that apart from his career, or his interests, or his feelings about magic. It’s part of who he was. It’s the person that audiences saw, and loved, for more  than a decade. I was very disappointed by his retirement, because we wanted to continue working with him as a magician. But the moment he became more interested in something else——the moment that he felt he’d be shortchanging his audiences——he stopped performing.

I came to understand it as a result of his honesty.

Years ago, the late Eugene Burger, a fine magician and philosopher, said to me that after Harry Houdini established the crusading role of a magician, which is now the accepted model, “we’ve had generations of magicians who don’t actually believe in magic.” Eugene thought that was odd, and a disappointment. As Voltaire said, “All styles are good, except the boring styles.” The whole thing poses a difficult and controversial debate, but I’d offer that Doug was the modern magician who gave us that sense of believing. We could inherently sense that Doug felt there was “more” out there, and he successfully gave audiences the sensation——the chill down your spine or the unexpected gasp——of something really marvelous that was almost, almost within our grasp.

You have to admit, he was quite a wizard.