WHAT WE HIDE: WHY AMAC DRANK 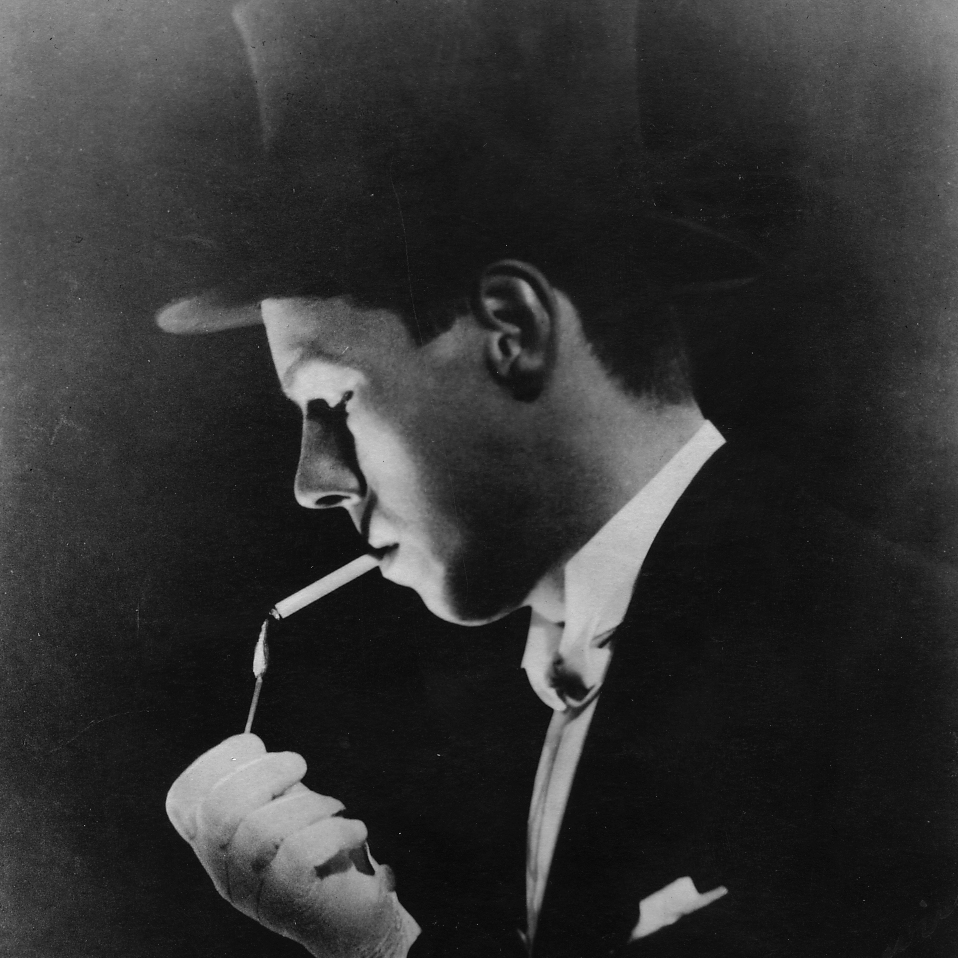 One of the projects I was particularly proud of was a recreation of Amac’s famous Find the Lady Illusion from the early 1920s. It was a special favorite of magicians around the world, and a number of magicians attempted  to copy it, including Nicola, Charles Carter, Fu Manchu (and maybe even Thurston, although he never presented it on stage). Amac’s version was later performed, with Amac  as stage manager, by The Great Lyle, and then, years later, by Faust. The description of the illusion in Greater Magic is one of the most notorious “oops” in all of magic literature, an incredibly dumb guess of how it’s done because the writer (probably Jean Hugard) made a couple of mistaken observations when Fu Manchu presented it in New York in 1938, and then turning those observations into a full-blown description of a trick that can’t work. His mistake has since been enshrined in the magic literature.

Whatever Amac was really doing, it must have been genius. His act was never much more than Find the Lady, which was perfect for Music Halls or Vaudeville. He opened with a few manipulative tricks, then launched into the elaborate routine with giant cards and an assistant playing the “Queen,” which had several phases, always staying one step ahead of the audience.

The British magician and author, Alan Stockwell, contacted me years ago and suggested that it would be a good illusion to recreate. He had seen Lyle and Faust do it, but he could provide very few clues, and he had seemingly no memory of the illusion itself, except for the finish, which was the moment that many people tried to describe. As Amac did it, the lady, hidden behind a red cloak, turned into the magician’s cape, top hat and cane. When I did it, I performed a variation… Here is two minutes from the Magic Castle

I started by studying accounts of it, hints at the method used by Amac, and memories of magicians who had seen it or worked on shows that featured it. The most astonishing evidence was in a single photo of Lyle performing it. There’s a set of brackets in the picture, the hardware that holds the cards. The brackets are unusually cut and mounted. I took careful measurements of the brackets, and began plotting why they were made in exactly that way.

It’s hard to describe, but those brackets turned into a sort of code that allowed the entire illusion to be unravelled. It was like looking at a Morse Code pattern of dots and dashes, and quickly being able to “hear” the message that was being sent. It demonstrated to me exactly the way that the cards were being handled, the relative dimensions of the movements, and the way that Amac must have performed the routine.

I then started from the other direction, assembling the routine based on that secret. The most astonishing thing about Amac’s Find the Lady is that it works to a completely different formula than almost any other magic trick. The sequence, the misdirection, the timing and the deception are all based on an “off-beat” which is contrary to any classic magic construction. I now think that’s what amazed magicians about the routine. (And it’s what sent Hugard in the wrong direction.)

Perhaps it’s what drove Amac a little crazy, too.

When I performed this at the Magic Castle, we had to rehearse it meticulously before each show. Before the curtain went up, about ten minutes before the audience saw the trick, we found that it was important to run each of the “moves,” in order, to make sure our timing was right. It was like practicing the hard moves in a dance routine. The whole rehearsal took about two minutes, but the trick depended on having those moments just  right.

In the routine, Lani Pelino was the “Queen.” Jonathan Levit was the dealer, who dealt out the giant cards.

We have a record that Amac, a magician whose real name was William MacFarland, ended up as an irritable old fellow who had a famous fondness for drink. One night at the Magic Castle, contemplating the show that we were about to perform, mulling over the nervous energy of our “behind the curtain” rehearsals, I had a thought that I should step to the  bar and have a quick scotch. It would absolutely calm my nerves and make the trick much easier to do. You see, the problem with Find the Lady, the reason for all of our fussy rehearsals, is that it’s an easy trick to botch. If someone screws it up, everyone in the audience sees what’s wrong. The only person who doesn’t see the mistake is me, because I have a gigantic card pressed up against my face. In other words, the magician can only rely upon rehearsal, and then blind faith. There’s always a potential to look like a fool. A drink sounded like a very good idea.

And then I realized, “That’s why Amac drank!” I later presented this premise in a lecture to magicians, explaining how the sensibility of the magician, his experience and ingenuity, is often programmed  into a routine. Yes, the suggestion was deliberately funny, but it’s true that I’d learned a lot about the greats of magic by studying their mysteries. Now, I suddenly felt that I might have been given an extra insight into Amac.

When I was finished with the routine, I sent a video to Alan Stockwell. The performance helped him remember Lyle and Faust’s performances, and he was able to explain the slight differences in timing. I was amazed that the routine had been reconstructed from such sparse evidence. In fact, my own routine ended up being very, very close to the original. (I believe that my one “change up” step, in the middle, is a little different than Amac’s procedure.) Later, I was able to watch a short video segment of Faust, and I realized how close I’d been to Amac’s illusion.

Alan Stockwell got to see the trick again; I got a fantastic insight into the way that magic’s formulas can be tugged and twisted. And, years later, based on our experience at the Magic Castle, we rebuilt the trick for Alex Ramon’s show. Best of all, it was an exploration of this classic illusion—the illusion that people loved, copied, and got so wrong—from the inside out.

Oh, and one more grace note: the trick had been the “holy grail” to a number of magicians. About a year after I performed it, I had lunch with my good friend Johnny Thompson, and after lunch I showed him the video of the full routine.

Tears came to his eyes. I understood how he felt, because we had both been on the trail of the illusion for so many years, and he had developed a number of theories about it. He never thought he’d see the pieces put together, and he was giddy watching the video over and over again. By then, my apparatus had been destroyed, so I took Johnny through the reconstruction, the drawings and dimensions, the code I’d found in the photo, and the details we’d learned  from the construction. Johnny shared a number of his ideas, and we discussed a possible presentation. After his long interest in the trick, Johnny was delighted by the result, but of course, his creativity was actually a thrill for me, and an afternoon I’ll never forget. 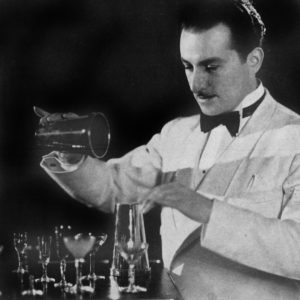 WHAT WE HIDE: CHEERS! (MAGICIANS POUR YOU A DRINK) PART TWO

Charles Hoffman was the most successful bartender in the world, and a vaudeville star. Here are his secrets. 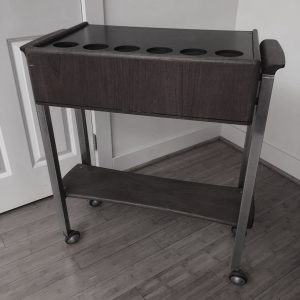 WHAT WE HIDE: CHEERS! (MAGICIANS POUR YOU A DRINK) PART ONE

Hospitality, a new version of an old bit of magic, was originally created for Doug Henning, and popularized by Lance Burton. 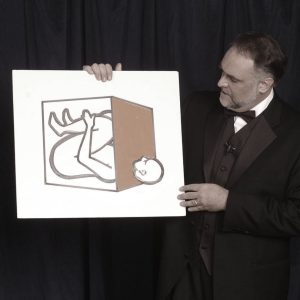 “Jarrett Speaks,” even today, by providing some of the most original, and most important, lessons in magic. Here is what Jarrett means.